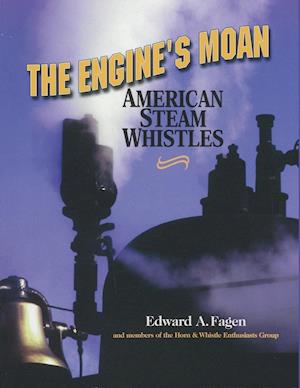 Here, Ed Fagen, one of the nation's foremost authorities on steam whistles, has provided us with a broadly researched, eloquently written and marvelously witty book, the first and only one on the subject. It includes comprehensive, illustrated chapters on: the history of the steam whistle, the voice of the Industrial Revolution, and how it developed; the various uses of steam whistles on locomotives, ships, factories, firehouse roofs, circuses; the broad range of whistle manufacturers, their histories and their product lines (including how to identify and date whistles, as well as an extensive discussion on the relative rarityof whistle types); how to acquire, organize, and preserve a whistle collection; how to repair and restore steam whistles; how to blow steam whistles on steam or compressed air; how a steam whistle actually works - a point that remains somewhat controversial even today. Also included are an illustrated glossary of whistle terms, an illustrated review of the major whistle-related U.S. design patents, and a comprehensive index. A joy to read, this book is a true "must have" for the railfan, collector, curator, historian of science, industrial archeologist, and anyone for whom the sound of this icon of connotative richness has ever beckoned to adventures that live in the imagination.