The End of the World Running Club 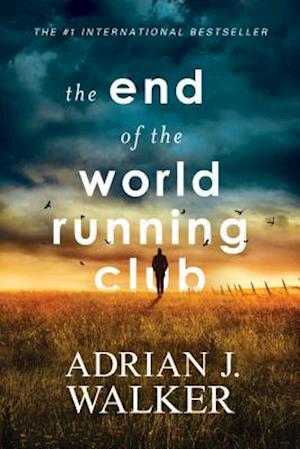 A powerful post-apocalyptic thriller, perfect for fans of The Martian. When the sky begins to fall, one man finds himself separated from his family, his best hope is to run--or risk losing what he loves forever.

When the world ends and you find yourself stranded on the wrong side of the country, every second counts. No one knows this more than Edgar Hill: over five hundred miles of devastated wasteland stretch between him and his family. To get back to them, he must push himself to the very limit--or risk losing them forever.

His best option is to run. But what if his best isn't good enough? End of the World Running Club is an otherworldly yet extremely human story of hope, love, and the endurance of both body and spirit.

Praise for The End of the World Running Club:

"Harrowing and heartrending, this is a novel that is almost impossible to put down." --Library Journal, STARRED REVIEW

"Walker's ability to imagine a post-apocalyptic world in crisp detail is on full display in the early pages of The End of World Running Club." -- Maximum Shelf

..".a beautifully written postapocalyptic tale of a flawed man's struggle for survival and redemption." -- Booklist

"A fresh and frighteningly real take on what "the end" might be...quite an exciting and nerve-wracking 'run', with characters