The End of Pax Americana 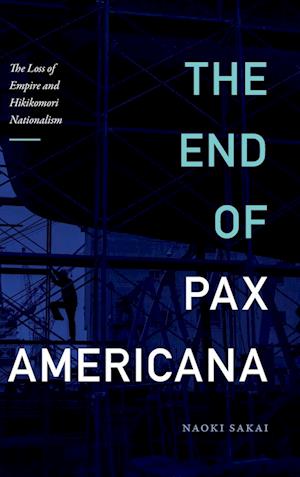 In The End of Pax Americana, Naoki Sakai focuses on U.S. hegemony's long history in East Asia and the effects of its decline on contemporary conceptions of internationality. Engaging with themes of nationality in conjunction with internationality, the civilizational construction of differences between East and West, and empire and decolonization, Sakai focuses on the formation of a nationalism of hikikomori, or "reclusive withdrawal"-Japan's increasingly inward-looking tendency since the late 1990s, named for the phenomenon of the nation's young people sequestering themselves from public life. Sakai argues that the exhaustion of Pax Americana and the post--World War II international order-under which Taiwan, South Korea, Hong Kong, and China experienced rapid modernization through consumer capitalism and a media revolution-signals neither the "decline of the West" nor the rise of the East, but, rather a dislocation and decentering of European and North American political, economic, diplomatic, and intellectual influence. This decentering is symbolized by the sense of the loss of old colonial empires such as those of Japan, Britain, and the United States.