The Emotions in Early Chinese Philosophy

indgår i serie Emotions of the Past 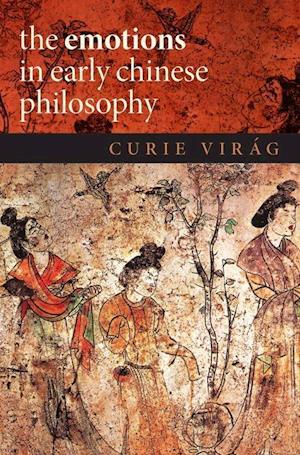 In China, the debate over the moral status of emotions began around the 4th century BCE, when early philosophers first began to invoke psychological categories such as the mind (xin), human nature (xing), and emotions (qing) to explain the sources of ethical authority and the foundations of our knowledge about the world. Although some thinkers during this period proposed that human emotions and desires were temporary physiologicaldisturbances in the mind caused by the impact of things in the world, this was not the account that would eventually gain currency. The consensus among those thinkers who would come to be recognized as the foundational figures of the Confucian and Daoist philosophical traditions was that the emotions represented the underlying,dispositional constitution of a person, and that they embodied the patterned workings of the cosmos itself. This book sets out to explain why the emotions were such a central preoccupation among early thinkers, and what was at stake in the entire discussion, situating the entire debate within developments in thinking about the self, the cosmos, and the political order. It shows that the mainstream account of emotions as patterned reality emerged as part of a major conceptual shift towards the recognition of natural reality as intelligible, orderly and coherent. And that the idea that all human beingspossessed a shared, underlying, dispositional nature, was itself one of the consequences of this idea. The mainstream account of emotions thus played a crucial role in summoning the very idea of the human being as a universal category - an idea that would be of particular interest during thesubsequent period of empire - and in establishing the cognitive and practical agency of human beings.

Forfattere
Bibliotekernes beskrivelse This book traces the genealogy of early Chinese conceptions of emotions, as part of a broader inquiry into evolving conceptions of self, cosmos and the political order. It seeks to explain what was at stake in early philosophical debates over emotions and why the mainstream conception of emotions became authoritative.