The Emotional Logic of Capitalism

- What Progressives Have Missed 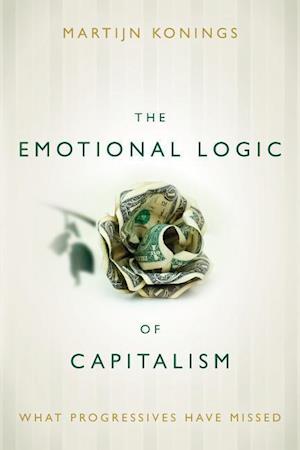 The capitalist market, progressives bemoan, is a cold monster: it disrupts social bonds, erodes emotional attachments, and imposes an abstract utilitarian rationality. But what if such hallowed critiques are completely misleading? This book argues that the production of new sources of faith and enchantment is crucial to the dynamics of the capitalist economy. Distinctively secular patterns of attraction and attachment give modern institutions a binding force that was not available to more traditional forms of rule. Elaborating his alternative approach through an engagement with the semiotics of money and the genealogy of economy, Martijn Konings uncovers capitalism's emotional and theological content in order to understand the paradoxical sources of cohesion and legitimacy that it commands. In developing this perspective, he draws on pragmatist thought to rework and revitalize the Marxist critique of capitalism.

Forfattere
Bibliotekernes beskrivelse While many critiques of money and the market focus on its rationalizing and utilitarian logic, this book argues that the operation of capitalist economy centrally involves the production of new sources of faith and enchantment.