The Emergence of a Scientific Culture

indgår i serie Science and the Shaping of Modernity 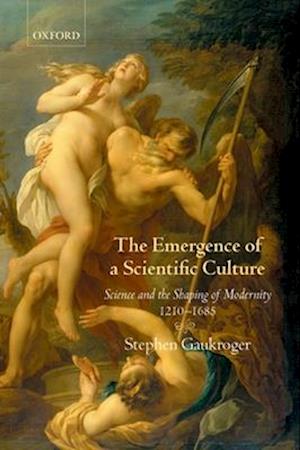 Why did science emerge in the West and how did scientific values come to be regarded as the yardstick for all other forms of knowledge? Stephen Gaukroger shows just how bitterly the cognitive and cultural standing of science was contested in its early development. Rejecting the traditional picture of secularization, he argues that science in the seventeenth century emerged not in opposition to religion but rather was in many respects driven by it. Moreover, sciencedid not present a unified picture of nature but was an unstable field of different, often locally successful but just as often incompatible, programmes. To complicate matters, much depended on attempts to reshape the persona of the natural philosopher, and distinctive new notions of objectivity andimpartiality were imported into natural philosophy, changing its character radically by redefining the qualities of its practitioners.The West's sense of itself, its relation to its past, and its sense of its future, have been profoundly altered since the seventeenth century, as cognitive values generally have gradually come to be shaped around scientific ones. Science has not merely brought a new set of such values to the task of understanding the world and our place in it, but rather has completely transformed the task, redefining the goals of enquiry. This distinctive feature of the development of a scientific culture inthe West marks it out from other scientifically productive cultures. In The Emergence of a Scientific Culture, Stephen Gaukroger offers a detailed and comprehensive account of the formative stages of this development--and one which challenges the received wisdom that science was seen to beself-evidently the correct path to knowledge and that the benefits of science were immediately obvious to the disinterested observer.

Forfattere
Bibliotekernes beskrivelse Stephen Gaukroger shows that science was bitterly contested during the early modern period. It did not distance itself from religion but rather entered into an alliance with it to provide a comprehensive picture of the world - transforming not just science but also religion in the process. numerous figuresPRIZES:Winner of *Choice* Outstanding Academic Book 2007.