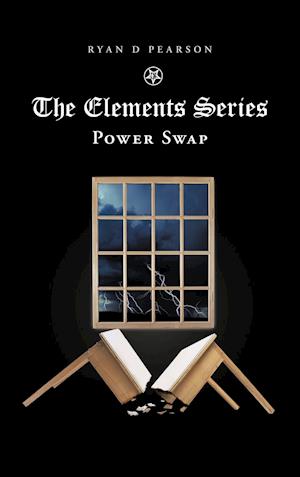 After discovering his brother and true biological parents, what his Grandfather was truly capable of and Crystallic's plan to bring forth an apocalypse, will Reagan have the strength to expand his protection detail worldwide? Having once again received a call from Division: Unknown, requesting their help, the Elements commit to worldwide missions in an attempt to combat Crystallic's plan. With their group relationships still in turmoil, especially towards their latest addition, the Elements must try and overcome their personal issues to surmount blackmailers, prehistoric creatures and haughty Russians. However, Crystallic's broken seals will be the least of the Elements' issues when their powers go awry. Having spent the past eighteen-months developing their powers, Reagan and his friends must start from scratch as they attempt to cure pestilence, prevent a war and deal with a group of martyrs, whilst struggling with their duties with De Ja. Power Swap begins a new chapter of The Elements Series, challenging everything about the characters we know and love. Each character will expose more of themselves than ever before as the Elements' personalities, relationships and powers are swapped. This installment dares to push the group's boundaries more and more as they chapters go on, until one member of the Elements is finally rushed to hospital at the hands of another.