- The Story of Folk into Rock and Beyond 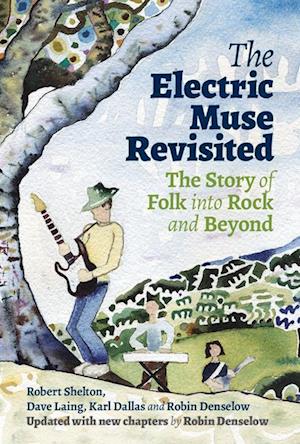 Folk music has been evolving and adapting for centuries, but in the 1960s and 70s came an extraordinary period of change and innovation. Rock musicians borrowed from traditional songs, while folk musicians re-worked ancient ballads using electric guitars and drum kits. From Dylan to Fairport Convention, Richard Thompson and Steeleye Span, the fusion of old and contemporary created a powerful new style: folk-rock. Since then, new and experimental folk fusions have continued, involving anything from rap to electronica.First published in 1975, at the height of the folk-rock boom, the critically acclaimed Electric Muse chronicled the story of the folk movement, from roots to revival. With new chapters on the eras of Eliza Carthy, Billy Bragg, June Tabor, Bellowhead, Sam Lee, Stick In The Wheel and others, and featuring new interviews and photographs, this edition brings the fascinating narrative up to date.As in 1975, The Electric Muse Revisited is published simultaneously with a new album set of the same title, on Good Deeds Music.

Forfattere
Bibliotekernes beskrivelse This hugely influential book from 1975, on how traditional folk music influenced and shaped rock, is now brought completely up to date, by original contributor and respected journalist Robin Denselow.