The Eighth Army in North Africa 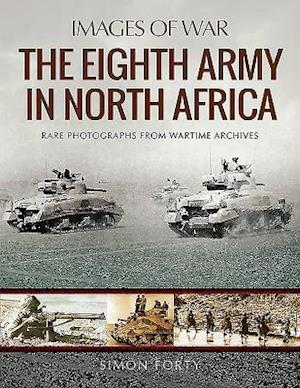 The British Eighth Army, which played a decisive role in defeating the Axis in North Africa, was one of the most celebrated Allied armies of the Second World War, and this photographic history is the ideal introduction to it. The carefully chosen photographs show the men, weapons and equipment of the army during campaigns in Egypt, Libya and Tunisia. The battles the army fought in the Western Desert in 1941 and 1942 are the stuff of legend, as is the second Battle of El Alamein when, under Montgomery, it defeated the German and Italian forces commanded by Rommel. The book gives a vivid insight into the fighting and the desert conditions, and it shows what a varied, multinational force the army was, for it brought together men from Britain, the British Empire and Commonwealth as well as Free French, Greeks and Poles.