The Eighteenth-Century Hymn in England 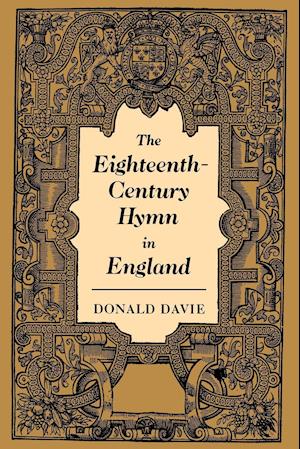 Donald Davie is the foremost literary critics of his generation and one of its leading poets. His career has been marked by a series of challenging critical interventions. The eighteenth century is the great age of the English hymn though these powerful and popular texts have been marginalized in the formation of the conventional literary canon. These are poems which have been put to the text of experience by a wider public than that generally envisaged by literary criticism, and have been kept alive by congregations in every generation. Davie's study of the eighteenth-century hymn and metrical psalm brings to light a body of literature forgotten as poetry: work by Charles Wesley and Christopher Smart, Isaac Watts and William Cowper, together with several poets unjustly neglected, such as the mysterious John Byron.