The Effects of Rhetoric and the Rhetoric of Effects

- The Effects of Rhetoric and the Rhetoric of Effects

indgår i serie Studies in Rhetoric/Communication 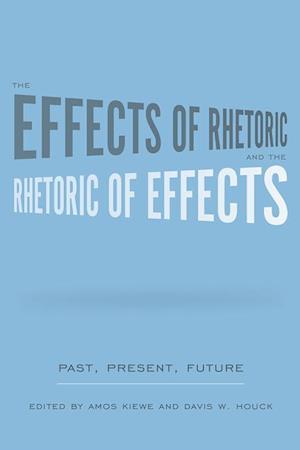 The Effects of Rhetoric and the Rhetoric of Effects tackles one of the thorniest and longest-standing issues in the discipline of rhetoric-the issue of effects. While the field's founders valued the assessment of a speech's effects, later scholars moved away from it, privileging textual analysis, symbols, and meaning. Though situated and strategic oral rhetoric is created for instrumental ends, its study has been limited in recent decades. Editors Amos Kiewe and Davis W. Houck seek to resurrect the study of effects and consider it as the cornerstone of the rhetorical critic's enterprise-what rhetoric actually does. In this volume scholars across several subfields of rhetorical criticism return to the study of effect in a world impossibly different from pre-World War II era scholarship. With the rhetorical revolution and the linguistic turn across the humanities and social sciences, effects can and should be reconceptualized to engage the myriad ways that rhetoric matters to audiences-whether in the form of listening to a speech or reading an online script for a documentary. Rhetoricians have always known that rhetoric matters; this volume asks how and how we might demonstrate that fact.