The Edge of the Empire

- A Journey to Britannia: From the Heart of Rome to Hadrian's Wall 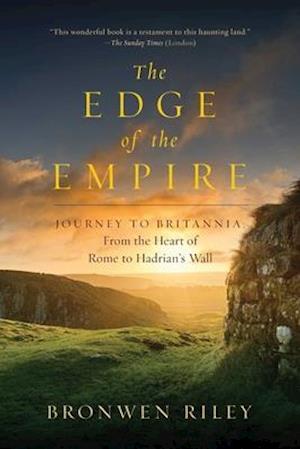 AD 130. Rome is the dazzling heart of a vast empire and Hadrian its most complex and compelling ruler. Faraway Britannia is one of the Romans' most troublesome provinces: here the sun is seldom seen and "the atmosphere in the country is always gloomy."

What awaits the traveller to Britannia? How will you get there? What do you need to pack? What language will you speak? How does London compare to Rome? Are there any tourist attractions? And what dangers lurk behind Hadrian's new Wall? Combining an extensive range of Greek and Latin sources with a sound understanding of archaeology, Bronwen Riley describes an epic journey from Rome to Hadrian's Wall at the empire's northwestern frontier. In this strikingly original history of Roman Britain, she evokes the smells, sounds, colors, and sensations of life in the second century.