The Economy of Lower Yangzi Delta in Late Imperial China 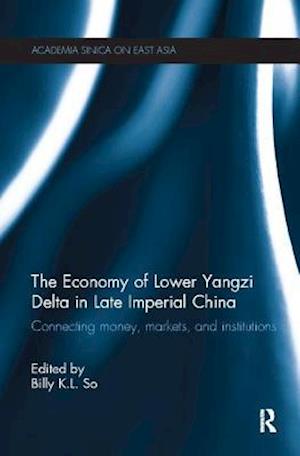 Historically, the Lower Yangzi Delta (or Jiangnan), has played a key role in China's economic development. Indeed, as the prime example of a traditional Chinese market economy, the region serves as the core case study when making comparisons between the Chinese and Western economies in the early modern period. This book explores aspects of this vibrant market economy in late imperial China, and by presenting a reconstructed narrative of economic development in the early modern Jiangnan, provides new perspectives on established theories of Chinese economic development. Further, by examining economic values alongside social structures, this book produces a historically comprehensive account of the contemporary Chinese economy which engenders a deeper and broader understanding of China's current economic success. With a broad range of empirical case studies which incorporate a range of social science and cultural theories, this book will be of great interest to students and scholars of Chinese history, as well as Chinese economics and business.