The Economics of Regional Trading Arrangements 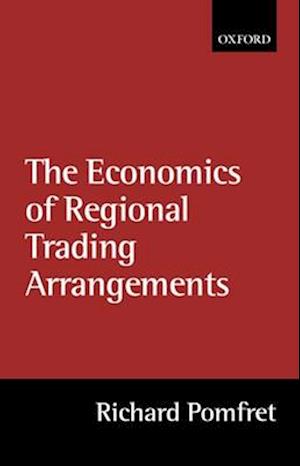 Aeschylus' Agamemnon, the first play in the Oresteia trilogy, is one of the most influential theatrical texts in the global canon. In performance, translation, adaptation, along with sung and danced interpretations, it has been familiar in the Greek world and the Roman empire, and from the Renaissance to the contemporary stage. It has been central to the aesthetic and intellectual avant-garde as well as to radical politics of all complexions and tofeminist thinking. Contributors to this interdisciplinary collection of eighteen essays on its performance history include classical scholars, theatre historians, and experts in English and comparative literature. All Greek and Latin has been translated; the book is generously illustrated, and supplemented withthe useful research aid of a chronological appendix of performances.The Economics of Regional Trading Arrangements provides a unified analysis of policies which discriminate among trading partners. With the European Union's 1992 programme, the formation of NAFTA, and attempts to form or strengthen regional trading arrangements in South America, southern Africa, and Southeast Asia regionalism became a major issue in international commercial diplomacy during the early 1990s. The proliferation of RTAs was viewed by some as achallenge, and by others as a complement, to the establishment of the World Trade Organization as the successor to GATT.Richard Pomfret analyses the new RTAs, situating them in the broader realm of discriminatory trade policies for which there is a well-defined body of theory and empirical studies, before asking whether the new regionalism requires new theoretical analysis. His approach is to combine in roughly equal proportions history, theory, and a review of empirical studies. This is appropriate given that the key theoretical result is the welfare ambiguity of discriminatory trade policy changes. Empiricalstudies can provide a sense of which of the potentially offsetting effects are more or less important. Since some effects may take a long time to have their full impact and may be systemic, it is also useful to observe how RTAs have evolved in practice.This new-in-paperback edition of The Economics of Regional Trading Arrangements includes a brand-new Preface in which Pomfret surveys three important developments that occurred during the second half of the 1990s: the onset of a third wave of regionalism, the reintegration of formerly centrally planned economies into the global trading system, and theoretical developments, including the significance of national boundaries. This up-to-date survey will appeal to trade theorists as wellas to anyone involved in policy institutions.

Forfattere
Bibliotekernes beskrivelse Deals with the performance reception of Aeschylus's "Agamemnon", the first play in his "Oresteia" trilogy. This volume traces the story of the impact and influence of this seminal play, since its original performance in classical Athens, through ancient Rome and the European Renaissance. Genres discussed include film, the novel, and lyric poetry.Regionalism became a major issue in international commercial diplomacy during the 1990s. 'The Economics of Regional Trading Arrangements' provides a uni 12 figures