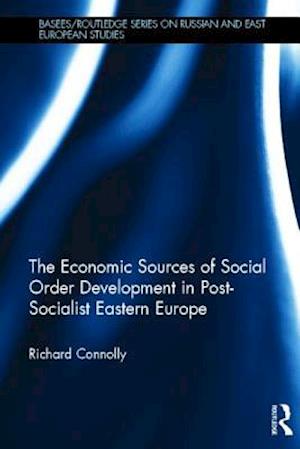 Nearly twenty years after the collapse of socialism, the countries of post-socialist Eastern Europe have experienced divergent trajectories of political development. This book looks at why this is the case, based on the assumption that societies, or social orders, can be distinguished by the extent to which competitive tendencies contained within them - economic, political, social and cultural - are resolved according to open, rule-based processes.The book explores which economic conditions allow for increased levels of political competition, and it tests the hypothesis that the nature of a country's ties with the international economy, and the level of competition within a country's economic system, will shape the trajectory of political competition within that society. The book goes on to argue that after several decades of relative 'bloc autarky' during the socialist period, the ongoing process of reintegration with the international economy across the post-socialist region has resulted in distinct patterns of structural economic development, and that that these patterns are of crucial importance in explaining the variation in social order type across the post-socialist region. By offering a more precise analysis of the causal mechanisms that link economic and political competition, the book makes a useful contribution to research on the different patterns of political behaviour that have been observed across the post-socialist region since the collapse of the socialist regimes.