The Economic Development of South-East Asia 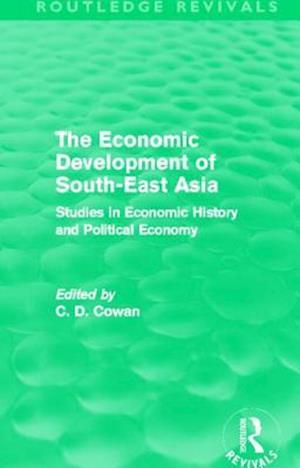 First published in 1964, The Economic Development of South-East Asia: Studies in economic history and political economy contains eight papers originally written for a study group at the School of Oriental and African Studies in London. The papers, edited by Professor C. D. Cowan, are written against a background of economic underdevelopment in large parts of Asia. Economic problems increasingly plagued the governments of Asia after the Second World War, and while Western governments were willing to help foster economic development, relations with Asian governments were somewhat hindered by the heritage of their colonial past. Problems also related to the growth of traditional trading ports and export crops, and to the importation of colonial regimes, western funds and skills in the nineteenth century. Such developments come under the loosely generalised concept of imperialism, with its strongly emotional overtones, whose use impedes the objective assessment and analysis of facts. While we understand a good deal about conditions of economic growth in the West, much of what has fostered or retarded growth in other parts of the world remains less clear.