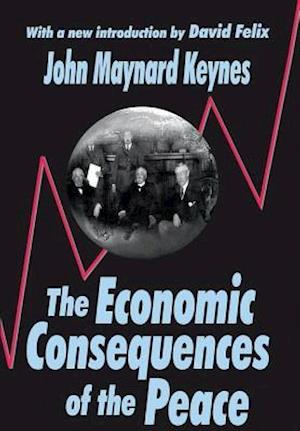 John Maynard Keynes, then a rising young economist, participated in the Paris Peace Conference in 1919 as chief representative of the British Treasury and advisor to Prime Minister David Lloyd George. He resigned after desperately trying and failing to reduce the huge demands for reparations being made on Germany. The Economic Consequences of the Peace is Keynes' brilliant and prophetic analysis of the effects that the peace treaty would have both on Germany and, even more fatefully, the world. A popular lecturer of economics at Cambridge University and editor of the Economic Journal, Keynes made The Economic Consequences of the Peace a major step in his career. It was translated into a dozen languages and sold 100,000 copies in six months. Taken seriously even by those who were opposed to his claims, the book helped lift economics to a new, higher level of recognition and acceptance.This volume, with its insightful portraits of Lloyd George, Georges Clemenceau, and Woodrow Wilson, remains one of the great works of political economy of our time. In a penetrating introduction written for this new edition, David Felix explores Keynes' reasons for writing the book, analyzes the author's arguments, and paints an historical backdrop of the period during which it was written.