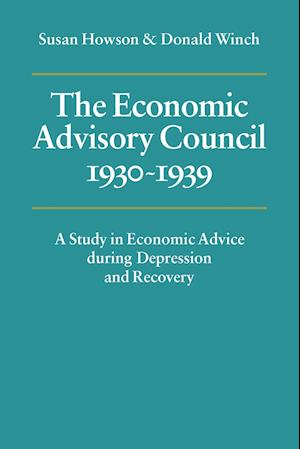 The experience of the Economic Advisory Council provides the relevant policy background to the Keynesian revolution in economic theory, and to the adoption of the principles of economic management in Britain during the Second World War. This study of this pioneering advisory institution against the inter-war setting of depression, financial crisis and recovery is based on government records, supplemented by other contemporary sources. The book deals with the political and economic origins of the E.A.C. in the post-1918 decade; the role of the Council and its committees of inquiry as the world slump began to make an impact on an already depressed British economy; and the part played by individual economic advisers in the dramatic events which led to the fall of the second Labour Government and Britain's departure from the gold standard in 1931. Throughout the nineteenthirties the work of the Council was carried on by the Committee on Economic Information, which helped to provide the National Government with solutions to the complex and novel problems of a post-gold standard world. In addition to assessing the significance of the E.A.C. experiment, the book reprints a number of reports and gives a guide to the relevant documents in the public archives.