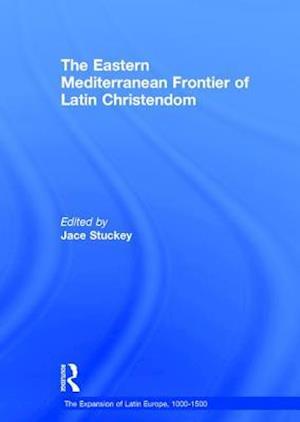 By the turn of the millennium, the East Mediterranean region had become a place of foreigners to Latin Christians living in Western Europe. Nevertheless, in the eleventh century numerous Latin Christian pilgrims streamed toward the East and Jerusalem in anticipation of the end times. The Apocalypse did not materialize as some had anticipated, but instead over the course of the next few centuries an expansion of Latin Christendom did. This expansion would transform the political, economic, and cultural landscape of both East and West and alter the course of Mediterranean history. This volume presents 22 critical studies on this crucial period (1000-1500) in the development of the Western expansion into the Eastern Mediterranean. These works deal with economy and trade, migration and colonization, crusade and conquest, military orders, as well as religious diversity and cross-cultural interaction. It includes a bibliography of important works published in Western languages together with an introduction by the editor.

Forfattere
Bibliotekernes beskrivelse The critical studies in this volume explore the development of the Western expansion into the Eastern Mediterranean in the years 1000-1500. These works deal with economy and trade, migration and colonization, crusade and conquest, and military orders in this crucial period.