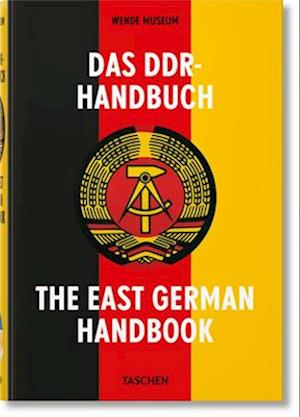 Forfattere
Forlagets beskrivelse For 40 years, the Cold War dominated the world stage. East and West Germany stood at the frontlines of the global confrontation, symbolized by the infamous Berlin Wall, which separated lovers, friends, families, coworkers, and compatriots.The Wende Museum in Los Angeles, California, is named after the period of change immediately following the wall's destruction. It was established in 2002 to study the visual and material culture of the former Eastern Bloc, and, with physical and psychic distance, to foster multiple perspectives on this multilayered history that continues to shape our world.This encyclopedic volume features around 2000 items from its extraordinary collections. Based on our XL-sized volume, this edition includes a full spectrum of art, archives, and artifacts from socialist East Germany: official symbols and dissident expressions, the spectacular and the routine, the mass-produced and the handmade, the funny and the tragic.Accompanying these remnants of a now-vanished world are texts from scholars and specialists from across Europe, Canada, and the United States, with themes ranging from the secret police to sexuality, from monuments to mental-mapping. More than 800 pages, featuring around 2000 objects.A smaller, more accessible version of our XL-sized volume, the most comprehensive overview of GDR visual and material culture to date.Several dozen images of everyday life and public events from the most famous GDR photographers.From November 18, 2017, visit the Wende Musem at its expanded campus in Culver City's Armory Building, a site originally created in preparation for World War III but re-designed by Michael Boyd, Christian Kienapfel, and Benedikt Taschen to welcome its 100,000+ collection of artifacts.
Bibliotekernes beskrivelse From artworks, design, and everyday objects to political posters and flags, Stasi equipment, and uniforms: sift through never-before-seen archives in this encyclopedia of socialist East Germany.