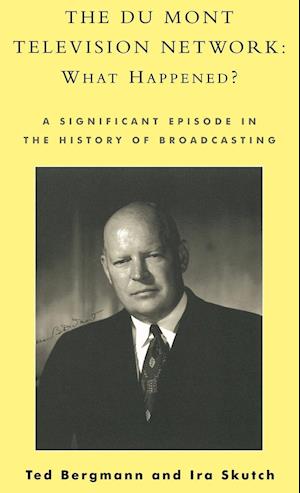 ABC, NBC, CBS are the three names commonly associated with network television. The fourth name, Du Mont, is not usually recognizable by those younger than 50 or those who are not communications students. The Du Mont Television Network tells the story of the rise, the development, and the failure of this fourth network. Bergmann and Skutch present the Du Mont network's story in a dramatic, narrative style, from its days in the basement of an old pickle factory to its collaborations with the Paramount company. The story of the network's founder, Dr. Allen Du Mont, as well as details about management, programs, new technologies, and the network's fall from grace are a fascinating read. Bergmann, a former managing director of the Du Mont network, provides a rare insider's view of the network's history and its eventual demise. The Du Mont Television Network will intrigue television history fans, as well as communications students and media professionals.