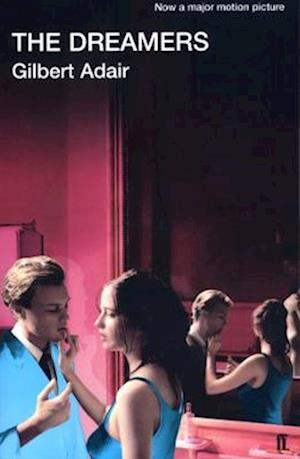 Paris in the spring of 1968. The city is beginning to emerge from hibernation and an obscure spirit of social and political renewal is in the air. Yet Theo, his twin sister Isabelle and Matthew, an American student they have befriended, think only of immersing themselves in another, addictive form of hibernation: moviegoing at the Cinematheque Francaise. Night after night, they take their place beside their fellow cinephiles in the very front row of the stalls and feast insatiably off the images that flicker across the vast white screen.Denied their nightly 'fix' when the French government suddenly orders the Cinematheque's closure, Theo, Isabelle and Matthew gradually withdraw into a hermetically sealed universe of their own creation, an airless universe of obsessive private games, ordeals, humiliations and sexual jousting which finds them shedding their clothes and their inhibitions with equal abandon. A vertiginous free fall interrupted only, and tragically, when the real world outside their shuttered apartment succeeds at last in encroaching on their delirium.The study of a triangular relationship whose perverse eroticism contrives nevertheless to conserve its own bruised purity, brilliant in its narrative invention and startling in its imagery, The Dreamers (now a major film by Bernardo Bertolucci) belongs to the romantic French tradition of Les Enfants Terribles and Le Grand Meaulnes and resembles no other work in recent British fiction.

Forfattere
Bibliotekernes beskrivelse 'The Dreamers' is about a young American student who comes to Paris in 1968. Obsessed with film, he becomes involved with two fellow cineastes. Cocooned in their apartment, the three of them push themselves further until the violence in the streets invades their lives with violent consequences.