The Dreadful Monster and its Poor Relations 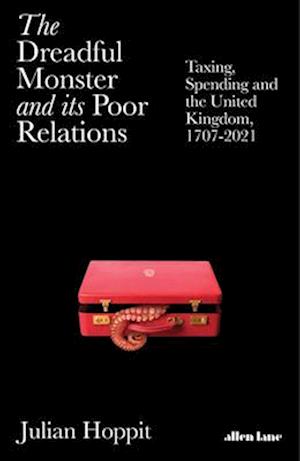 'An invaluable primer to some of the underlying tensions behind contemporary political debate' Financial Times'There is almost no issue of public interest which does not derive from taxes or end up with taxes' Alexis de TocquevilleIt has always been an important part of British self-image to see the United Kingdom as an ancient, organic and sensibly managed place, in striking contrast to the convulsions of other European countries. To a limited degree this is true, but, as Julian Hoppit makes clear in this fascinating and surprising book, beneath the complacent surface the United Kingdom has in fact been in a constant, often very tense argument with itself about how it should be run and, most significantly, who should pay for what.The book takes its argument from an eighteenth century cartoon which shows the central state as the 'Dreadful Monster', gorging itself at the dinner table on all the taxes it can grab. Meanwhile the 'Poor Relations' - Scotland, Wales and Ireland, both poor because of tax but also poor in the sense of needing special treatment - are viewed in London as an endless 'drain on the state'. With drastically different levels of prosperity, population, industry, agriculture and accessibility between the United Kingdom's different nations, what is a fair basis for paying for the state?