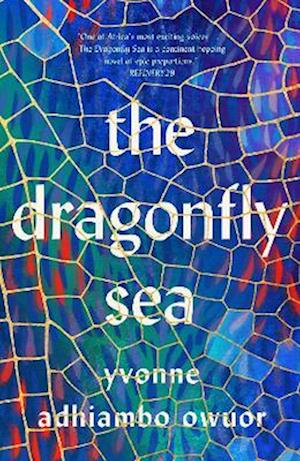 'One of the most unforgettable books I have read in the last few years... What a writer! What a thinker! What a woman!' Fiammetta RoccoFrom the award-winning author of Dust comes a magical, sea-saturated, coming-of-age novel that transports readers from Kenya to China and Turkey. On an island in the Lamu Archipelago lives a solitary, stubborn child called Ayaana and her mother, Munira. When a sailor, Muhidin, enters their lives, the child finds something she has never had before: a father. But as Ayaana grows into adulthood, forces of nature and history begin to reshape her life, leading her to distant countries and fraught choices. Selected as a descendant of long-ago Chinese shipwrecked sailors Ayaana is sent to study in China. Leaving her resourceful single mother, she is forced to grow up fast. Whether it's the scarred captain of the Chinese shipping container that transports Ayaana or the son of Turkish shipping magnate who trades in refugees, Owuor never loses a profound sense of empathy for her characters. She evokes a fascinating kind of beauty in this dangerous, chaotic world and its ever-shifting oceans and trade.Told with a glorious lyricism, The Dragonfly Sea is a transcendent story of love and adventure, and of the inexorable need for shelter in a dangerous world.'One of Africa's most exciting voices ... The Dragonfly Sea is a continent-hopping novel of epic proportions.' Refinery29'In its omnivorous interest in the world, The Dragonfly Sea is a paean to both cultural diffusion and difference . . . as much as [the novel] traces the globe, it also depicts an internal pilgrimage, its heroine in rose attar a broken saint.' New York Times'Owuor continues to break ground among contemporary African writers.' Vanity Fair

Forfatter
Bibliotekernes beskrivelse A stunning coming-of-age novel about a young woman struggling to find her place in a vast world - taking the reader from Kenya to China and Turkey - by the award-winning author of Dust.