The Dragon of Cecil Court

indgår i serie Treasure of Paragon 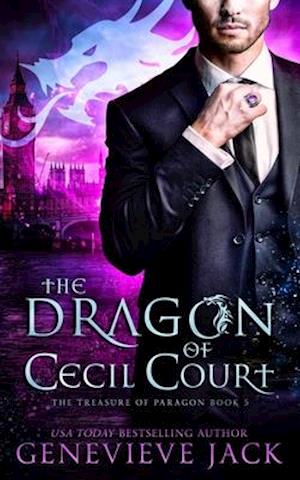 He's only ever had one weakness.Nathaniel Clarke has a secret. Before he became the owner of an occult bookshop on Bookseller's Row, he was a prince of the kingdom of Paragon. Now the dragon shifter is the high priest of the Order of the Dragon, a society of the most powerful supernatural beings in London. He's only ever had one weakness, and he hasn't seen her in a decade.

She's only ever been good at one thing.American pop singer Clarissa Black survived by singing on street corners before Nathaniel came into her life and unlocked the latent magic inside her. Despite their passionate affair, she refused Nathaniel's proposal in order to pursue her music career. Her multi-platinum albums have made her a star but one with few people she can trust.

One curse will change two lives forever.When Clarissa's voice fails her during a show in London, it's an excuse to reconnect with the man who remains her deepest regret. Nathaniel is reluctant to open old wounds but can't refuse Clarissa's plea for help or the passion her nearness awakens in him. But as he closes in on breaking the curse, Nathaniel learns the cause of what ails her is tangled with the deadly past he left behind.