Dragon and the Elephant

- Understanding the Development of Innovation Capacity in China and India: Summary of a Conference 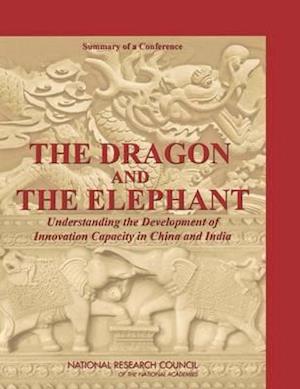 The return of the once-dormant economies of China and India to dynamism and growth is one of the most remarkable stories in recent history. The two countries are home to nearly 40 percent of the world's population, but until recently neither had played an influential role in the contemporary global economy. In the past two decades, China and India have liberalized internal economic policy, treatment of foreign investment, and trade, and have experienced economic growth at sustained high rates. From the point of view of the United States, however, the most important development in the Chinese and Indian economies in the long term may be the strides they are making in developing their own domestic innovation capacities. After a long period of underinvestment, both countries have committed to growing their science and education systems to bolster research and further economic expansion.Some observers of the recent growth have said that both countries are surging in their efforts to spur innovation; others have emphasized the potential of one country over the other; and still others have suggested that both China and India have a long way to go before achieving innovation-driven growth. With such a range of views, The National Academies set out to describe developments in both countries, in relation to each other and the rest of the world, by organizing a conference in Washington, D.C. The conference, summarized in this volume, discussed recent changes at both the macroeconomic level and also in selected industries, and explored the causes and implications of those changes.