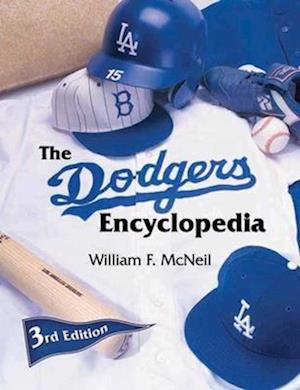 The newly updated third edition of The Dodgers Encyclopedia is the definitive book on Brooklyn and Los Angeles Dodgers baseball. It traces the history of one of Major League Baseball's most successful organizations, from the fledgling beginnings of its predecessors in rural Brooklyn over 145 years ago, through their formative years in the major leagues. More than just a tome of facts, this book covers every important event with vivid detail--every no-hitter, every World Series, every tragedy and triumph of Dodgers baseball is captured in this fascinating reference. Within these pages, readers will also find biographies of over 100 of the best players to ever don the Dodgers uniform. Fans will find all their favorites, from the unbeatable James Creighton in 1860 to Sandy Koufax, Fernando Valenzuela, Mike Piazza, and more. Newly updated through the 2010-2011 season, The Dodgers Encyclopedia is a must-have for any Dodgers fan.