The Doctrine of Reconciliation

- The Subject-Matter and Problems of the Doctrine of of Reco 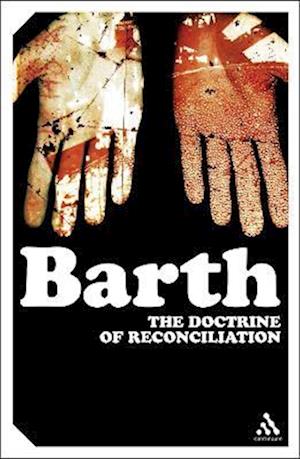 'Reading Barth is like entering into shock therapy' Michael Wyschogrod 'He undoubtedly is one of the giants in the history of theology' Christianity Today Karl Barth (1886-1968) was described by Pope Pius XII as 'the most important theologian since Thomas Aquinas'. Arguably the most important Protestant theologian of the twentieth century, his work continues to be a major influence on Christian thinkers of all denominations. His theology found its most sustained and compelling expression in his thirteen volume magnum opus, The Church Dogmatics. The Doctrine of Reconciliation comprises the key element of The Church Dogmatics, making this giant work accessible to all. In it Barth asserts the Word of God over that of human speculation. Jesus Christ is presented as the reconciling force, uniting Man with God, and Barth provides a radical revision of Protestant thought on sin and faith. Translated by G.W. Bromiley Edited by G.W. Bromiley and T.F. Torrance