The Djief Hunters, 26,000 Years of Rainforest Exploitation on the Bird's Head of Papua, Indonesia 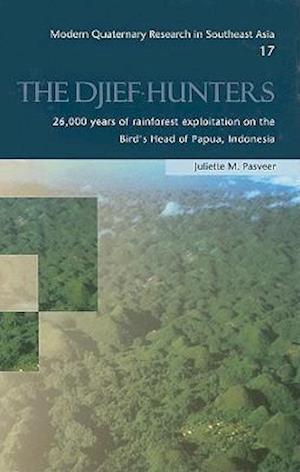 Two prehistoric cave sites on the Bird's Head of western New Guinea provide a detailed narrative of 26,000 years of human occupation of this area. During Late Pleistocene times, lower temperatures allowed a suite of montane animal species to descend onto the lowland Ayamaru Plateau. When the montane fauna receded during the subsequent climatic amelioration, people switched their hunting focus to a forest wallaby, known locally as Djief. Detailed analysis of this species' remains, including the reconstruction of their age profile, provides insights into why prolonged hunting of this species did not lead to its extinction. The wallaby population evidently thrived at its demographic maximum throughout the early and mid-Holocene, suggesting that human population densities, and therefore hunting pressure, were low until c. 5000 BP.This volume of Modern Quaternary Research in Southeast Asia offers a unique perspective on sustainable hunting in prehistory and provides intriguing insights into hunter-gatherer subsistence, tool manufacturing and use, the changing intensity of occupation of the sites, and environmental exploitation from Late Pleistocene times onwards in a lowland tropical region. It forms an important contribution to the current debate on the possibilities of human occupation of tropical rainforest before the advent of agriculture.

Forlag:
A A Balkema Publishers

Forfattere
Bibliotekernes beskrivelse Following the hunting of the Djief forest wallaby, this reference offers a perspective on sustainable hunting in prehistory and provides insights into hunter-gatherer existence from the late Pleistocene.