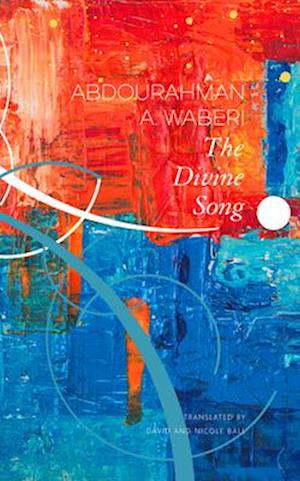 "Everything starts with a song and everything ends with another song," says the narrator of The Divine Song. Paris is an old Sufi cat who keeps watch over his brilliant yet pathetic master, Sammy Kamau-Williams, the Enchanter. In Sammy, we recognize the African American singer-composer, poet, and novelist Gil Scott-Heron who is best known for his song "The Revolution Will Not Be Televised."

​The Divine Song takes us from the shores of Africa to Sammy's ancestors' arrival in the Americas in the hold of the slave ships. From there, Abdourahman A. Waberi takes the characters from Tennessee--under the tutelage of Lili Williams, Sammy's beloved African-born grandmother--to New York and the concert halls of Paris and Berlin, wherever blues and jazz find an enchanted audience. African tales, religious practices, segregation, the civil rights movement, addiction, and jail--Sammy's life comes to encompass the whole of the African American experience. At a time when social and racial divisions have yet again come into sharp relief, this lyrical novel by one of African literature's rising stars is necessary reading for anyone who celebrates the resilience of art.