The Divine in the Commonplace

- Reverent Natural History and the Novel in Britain 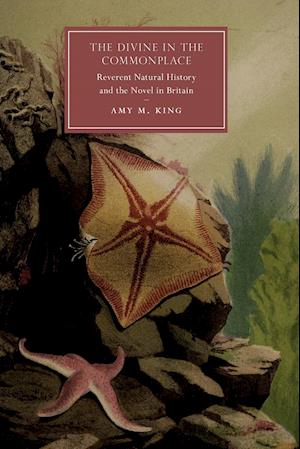 Realism has long been associated with the secular, but in early nineteenth-century England a realist genre existed that was highly theological: popular natural histories informed by natural theology. The Divine in the Commonplace explores the 'reverent empiricism' of English natural history and how it conceives observation and description as a kind of devotion or act of reverence. Focusing on the texts of popular natural historians, especially seashore naturalists, Amy M. King puts these in conversation with English provincial realist novelists including Austen, Gaskell, Eliot, and Trollope. She argues that the English provincial novel has a 'reverent form' as a result of its connection to the practices and representational strategies of natural history writing in this period, which was literary, empirical, and reverent. This book will appeal to students and scholars of nineteenth-century literature, science historians, and those interested in interdisciplinary connections between pre-Darwinian natural history, religion, and literature.

Forfattere
Bibliotekernes beskrivelse Elegantly and persuasively argues that natural theology was an important presence, not only in the natural histories of the eighteenth and nineteenth centuries, but also in the novels of the same period. Will appeal to students and scholars of nineteenth-century literature and historians of science. Worked examples or Exercises; 2 Maps; 11 Halftones, black and white