The Divergence Theorem and Sets of Finite Perimeter 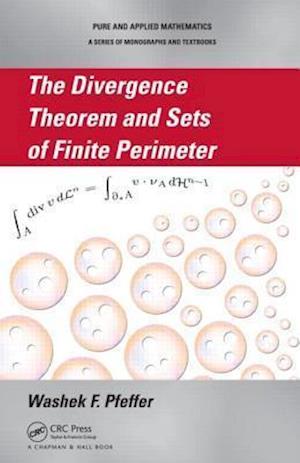 This book is devoted to a detailed development of the divergence theorem. The framework is that of Lebesgue integration - no generalized Riemann integrals of Henstock-Kurzweil variety are involved.In Part I the divergence theorem is established by a combinatorial argument involving dyadic cubes. Only elementary properties of the Lebesgue integral and Hausdorff measures are used. The resulting integration by parts is sufficiently general for many applications. As an example, it is applied to removable singularities of Cauchy-Riemann, Laplace, and minimal surface equations.The sets of finite perimeter are introduced in Part II. Both the geometric and analytic points of view are presented. The equivalence of these viewpoints is obtained via the functions of bounded variation. These functions are studied in a self-contained manner with no references to Sobolev's spaces. The coarea theorem provides a link between the sets of finite perimeter and functions of bounded variation.The general divergence theorem for bounded vector fields is proved in Part III. The proof consists of adapting the combinatorial argument of Part I to sets of finite perimeter. The unbounded vector fields and mean divergence are also discussed. The final chapter contains a characterization of the distributions that are equal to the flux of a continuous vector field.