The Disposables: Book Two of the Obscurité de Floride Trilogy 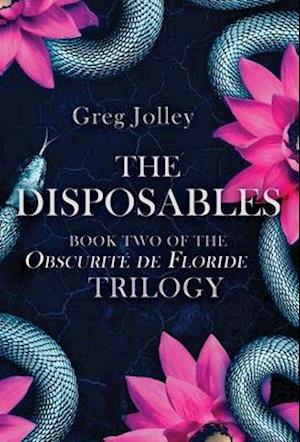 In the jungles of coastal Mexico, twelve-year-old Kazu Danser is on the run, his bloody past haunting and attempting to be his ruination. Hot on his heals is journalist Carson Staines, a deadly madman full of blood thirst and greed, determined to first chronicle Kazu's criminal life - and then end it. Staines must nail him down, dead or alive; the boy being worth a huge payoff.

Making a perilous crossing of the border into the States, Kazu fights for his life, desperately heading east. Entering sunburnt Florida, he teams up with a gang of Floridian street urchins, known to the authorities as, "The disposables." With Staines not letting up on the chase, Kazu and the other youths go on the run, fighting for their lives.

Can the Disposables and Kazu survive?

What will they have to do to stop the murderous and resourceful monster mowing through them to get to his reward?

The second part of the book takes place in the shadows of Florida, where street urchins fights every day to survive, both bodily and in spirit. In contrast to the tropical beaches and teeming vacationers, the children will do anything necessary to keep their heads above the perilous deep waters.