The Discourses of Love 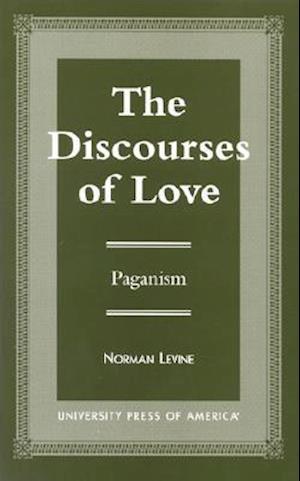 Western civilization has witnessed the emergence of many social discourses on love and gender. Throughout each epoch, new dialogues reflect society as a whole, and these dialogues in turn create a communicative code which assigns social roles to the genders. The Discourses of Love treats the idea of love as a form of social dialogue that is recreated in every historical epoch and originates in a "master grammar" of the Greco-Roman world. The author observes the beginnings of the emergence of a dominant ideology of gender. He analyzes how the Greco-Roman world assessed femininity through gynecology, medicine, law, sex, marital and familial customs, fidelity, and infidelity since an evaluation of womanhood is necessary before male-female relations can be defined. The book then moves into a discussion of love in the classical world through the works of Plato, Aristotle, Xenophon; the tragedies of Aeschylus, Sophocles, and Euripides, as well as the comedies of Aristophanes. Also analyzed is the predominance of homosexuality during the fifth and fourth centuries B.C. since this background creates a greater understanding of the relationships between men and women at the time. Finally, the book criticizes the romantic concept of love and its incompatibility with the realities of the 1990's, calling for a new master grammar of love for the future through the understanding of the first one.