- Worlds of the Slave Trade 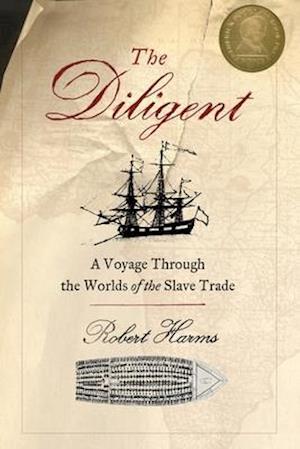 The Diligent began her journey in Brittany in 1731, and Harms follows her along the African coast where her goods were traded for slaves, to Martinique where her captives were sold to work on sugar plantations. Harms brings to life a world in which slavery was a commerce carried out without qualms. He shows the gruesome details of daily life aboard a slave ship, as well as French merchants wrangling with their government for the right to traffic in slaves, African kings waging epic wars for control of European slave trading posts, and representatives of European governments negotiating the complicated politics of the Guinea coast to ensure a stead supply of labor for their countries' colonies. The Diligent is filled with rich stories that explain how the slave trade worked on all levels, from geopolitics to the rigging of ships.

Forfattere
Bibliotekernes beskrivelse Yale historian Harms ("Games Against Nature") explores the global scope of an odious industry by tracking the slave ship "Diligent, " which sailed from Vannes, France, in 1731. Using First Lt. Robert Durand's journal, Harms fleshes out the multinational web of trade relationships and transactions, both legal and illegal.