Diary of a Young Girl, The : Definitive edition (PB) 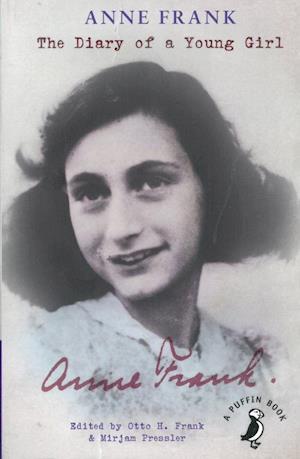 In July 1942, thirteen-year-old Anne Frank and her family, fleeing the horrors of Nazi occupation, went into hiding in an Amsterdam warehouse. Over the next two years, Anne vividly describes not only the daily frustrations of living in such close quarters, but also her thoughts, feelings and longings as she grows up. Her diary ends abruptly and tragically when, in August 1944, Anne and her family were all finally betrayed.Author Biography: Anne Frank was born in Frankfurt-am-Main, Germany on 12th June 1929, the second child of Otto and Edith Frank. In 1933 Hitler had come to power and was taking more and more measures against the Jews. The Frank family feared what the future might hold if they stayed in Germany. When Otto received an offer to start a new company in Amsterdam, the family decided to move to the Netherlands. Anne was a lively and fun-loving little girl who had lots of friends. She went to a Montessori school with her sister Margot, also extremely bright and clever. In 1940 Hitler invaded the Netherlands and gradually imposed their restrictions on the Jews. Otto transferred his business to his trusted colleagues Johannes Kleiman and Victor Kugler and began preparing the secret annexe connected to the office warehouse for hiding. Anne was given her diary on her 13th birthday in 1942, and she immediately began writing in it about her family, friends and school. A month later, Margot, like thousands of other young Jews, received a call-up notice and was ordered to report to the SS. That evening, the family moved into the secret annexe and, with the help of Kleiman and Kugler, and employees Miep Santrouschitz and Bep Voskuijl, they remained in hiding for the next two years. Anne died in Bergen-Belsen concentration camp near Hanover (Germany) in February or early March l945, just days after her sister, Margot, and only a few weeks before the camp was liberated by British troops.