- Sex and Race in the Early South 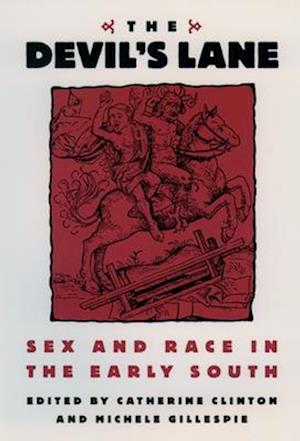 Vivid, succinct, and highly accessible, Heinrich Winkler's magisterial history of modern Germany, offers the history of a nation and its people through two turbulent centuries. It is the story of a country that, while always culturally identified with the West, long resisted the political trajectories of its neighbours. This second and final volume begins at the point of the collapse of the first German democracy, and ends with the joining of East and West Germany in the reunification of 1990. Winkler offers a brilliant synthesis of complex events and illuminates them with fresh insights. He analyses the decisions that shaped the country's triumphs and catastrophes, interweaving high politics with telling vignettes about the German people and their own self-perception. The two volumes of Germany: The Long Road West, exploring the history of the German lands from the final days of the Holy Roman Empire to the very first of a reunified state in the late twentieth century, will be welcomed by scholars, students, and anyone wishing to understand a most complex and contradictory past.When Europeans settled in the early South, they quarrelled over many things -- but few imbroglios were so fierce as battles over land. Landowners wrangled bitterly over boundaries with neighbours and contested areas became known as "the devil's lane". Violence and bloodshed were but some of the consequences to befall those who ventured into these disputed territories. The Devil's Lane highlights important new work on sexuality, race, and gender in the South from the seventeeth to the nineteenth centuries. Contributors explore legal history by examining race, crime and punishment, sex across the colour line, and slander. Emerging stars and established scholars such as Peter Wood and Carol Berkin weave together the fascinating story of competing agendas and clashing cultures on the southern frontier. One chapter focuses on a community's resistanceto a hermaphrodite, where the town court conducted a series of "examinations" to determine the individual's gender. Other pieces address topics ranging from resistance to sexual exploitation on the part of slave women to spousal murders, from interpreting women's expressions of religious ecstasy to a pastor'ssermons about depraved sinners and graphic depictions of carnage, all in the name of "exposing" evil, and from a case of infanticide to the practice of state-mandated castration. Several of the authors pay close attention to the social and personal dynamics of interracial women's networks and relationships across place and time. The Devil's Lane illuminates early forms of sexual oppression, inviting comparative questions about authority and violence, social attitudes and sexual tensions, the impact of slavery as well as the twisted course of race relations among blacks, whites, and Indians. Several scholars look particularly at the Gulf South, myopicallyneglected in traditional literature, and an outstanding feature of this collection. These eighteen original essays reveal why the intersection of sex and race marks an essential point of departure for understanding Southern social relations, and a turning point for the field of colonial history. The rich, varied, and distinctive experiences showcased in The Devil's Lane provide an extraordinary opportunity for readers interested in women's history, African-American history, southern history, and especially colonial history to explore a wide range of excitingissues.

Forfattere
Bibliotekernes beskrivelse Vivid, succinct, and highly accessible, this second and final volume of Heinrich Winkler's magisterial history of modern Germany takes us from the downfall of the Weimar Republic in 1933 to reunification in 1990. Winkler brilliantly synthesizes complex events and illuminates them with fascinating new research, interweaving astute political analysis with profound social and cultural insight.Land contested over by settlers in the early South was named "the devil's lane" with violence often befalli line drawings