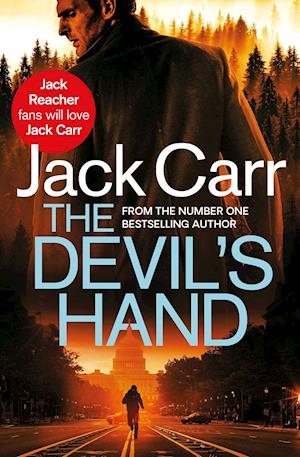 **THE NEW YORK TIMES BESTSELLER - SOON TO BE A TV SERIES STARRING CHRIS PRATT**'Take my word for it, James Reece is one rowdy motherf***er. Get ready!' Chris Pratt It has been two decades since 9/11. The enemy has been patient. The enemy has been learning. The enemy has been adapting. The enemy is ready to strike again . . . Former Navy SEAL James Reece must embark on a top-secret CIA mission of retribution twenty years in the making in this riveting and timely thriller that will leave you gasping for breath.If you loved Lee Child's Jack Reacher, Peter James's Roy Grace or Michael Connelly's Mickey Haller, you will love The Devil's Hand and the James Reece series!Praise for Jack Carr: 'A propulsive and compulsive series. Jack Carr's James Reece is the kind of guy you'd want to have in your corner. A suspenseful and exhilarating thrill-ride. Jack Carr is the real deal' Andy McNab 'This is seriously good . . . the suspense is unrelenting, and the tradecraft is so authentic the government will probably ban it - so read it while you can!' Lee Child 'With a particular line in authentic tradecraft, this fabulously unrelenting thrill-ride was a struggle to put down' Mark Dawson 'Gritty, raw and brilliant!' Tom Marcus 'So powerful, so pulse-pounding, so well-written - rarely do you read a debut novel this damn good' Brad Thor 'Carr writes both from the gut and a seemingly infinite reservoir of knowledge in the methods of human combat. Loved it!' Chris Hauty 'A powerful, thoughtful, realistic, at times terrifying thriller that I could not put down. A terrific addition to the genre, Jack Carr and his alter-ego protagonist, James Reece, continue to blow me away' Mark Greaney 'Thrilling' Publishers Weekly

Forfattere
Bibliotekernes beskrivelse The fourth thriller in the Terminal List series follows former Navy SEAL James Reece as he is entrusted with a top-secret CIA mission of retribution twenty years in the making.