The Determinants of Economic Growth 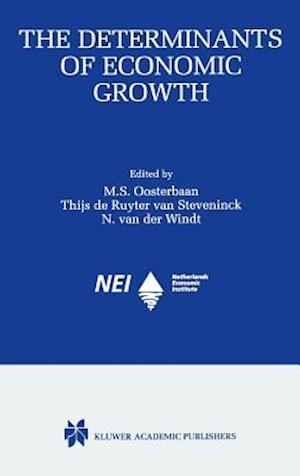 Determinants of economic growth: An overview Thijs de Ruyter van Steveninck, Nico van der Windt, and Maaike Oosterbaan Netherlands Economic Institute What causes economic growth? Why have some countries grown much faster than others? Why do some countries not grow at all, or even experience negative (per capita) growth rates? What can governments do to raise the growth rates of their country? These questions were discussed at a conference on March 23 and 24, 1998, organized by the Netherlands Economic Institute (NEI) on behalf of the Netherlands Ministry of Foreign Affairs. This book contains the proceedings of the conference. Economic growth is widely considered as a necessary (though not sufficient) condition for poverty alleviation. During the past two decades, scholars and researchers have found a renewed interest in thinking about economic growth, and advances in the understanding of economic growth have taken place. On the one hand, the theoretical understanding of growth has progressed on various fronts, including endogenous technological innovation and increasing returns to scale; the interaction of population, fertility, human capital, and growth; international spill-overs in technology and capital accumulation; and the role of institutions. On the other hand, the increasing availability and use of data sets has given a large incentive to empirical research on cross-country growth, following the path-breaking work ofBarro (1991).