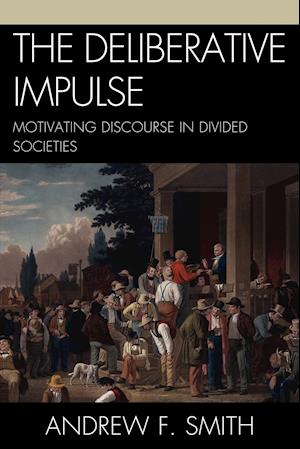 What can motivate citizens in divided societies to engage in free, open, and reasoned dialogue? Attempts by philosophers to answer this question focus largely on elucidating what citizens owe to one another as free and equal citizens, as members of a shared social context, or as agents who are mutually dependent on one another for our well-being. In The Deliberative Impulse: Motivating Discourse in Divided Societies, Andrew F. Smith suggests that that a better answer can be offered in terms of what we owe to our convictions. Given the defining role they play in how we live our lives and regard ourselves, among the highest-order interests that we maintain is being in a position to do right by our convictions-to abide by conscience. By developing a clear understanding of how best to act on this interest, we see that we are well served by engaging in public deliberation. Particularly for citizens in societies that are fragmented along ethnic, cultural, ideological, and religious lines, our interest in abiding by conscience should give us clear moral, epistemic, and religious incentives to deliberatively engage with allies and adversaries alike. Scholars who focus on issues in political philosophy, ethics, and political theory will value this book for how it suggests we can overcome the motivational roadblocks to active political participation and robust deliberation.