The Defence of French

- A Language in Crisis? 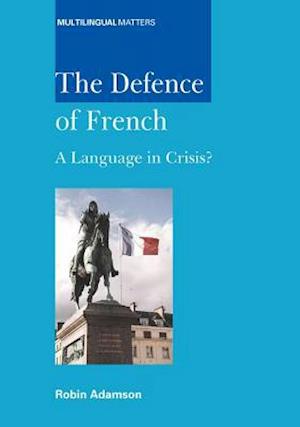 Why do the French defend their language so passionately? Can a world language like French really be in crisis? By tracing the long history of language defence in France and by examining the multiplicity of official and non-official defensive activities and attitudes, the book aims to answer these and other related questions. It looks at changing government policy, particularly the recent paradoxical shift from monolingualism to plurilingualism, and at what has motivated it. It analyses the work of the powerful government agencies and of the small but very vocal private defensive groups. The importance of the Internet is highlighted both by its extensive use in the research for the book and by an examination of its use by the language defenders. A European context is provided by comparisons with Germany, Italy, Spain and the United Kingdom. Finally, a look at various contemporary problems leads to a thought-provoking prognosis for this most strongly-defended of European languages.

Forfattere
Bibliotekernes beskrivelse This book traces the history and development of language defence in France and examines the sometimes contradictory attitudes of French people to their beloved language. It assesses the necessity for and the usefulness of the many activities in defence of French and suggests what its future might be.