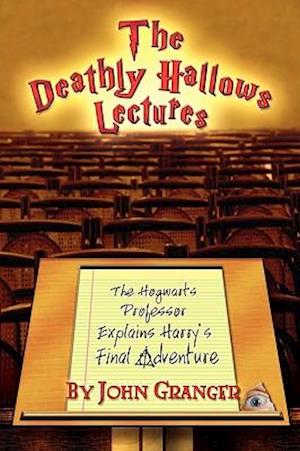 The fastest-selling book in publication history, HARRY POTTER AND THE DEATHLY HALLOWS was a critical success and is loved by fans around the world. In THE DEATHLY HALLOWS LECTURES, John Granger reveals the Potter finale's brilliant details, themes and meanings. Even the most ardent of Harry Potter fans will be surprised by and delighted with the Hogwarts Professor's explanations of the three dimensions of meaning in DEATHLY HALLOWS to include why Ms. Rowling chose to make Lily's eyes green, why Harry buried Moody's eye where and when he did, and why Ollivander prefers the three wand cores he does. Ms. Rowling has said that alchemy sets the "parameters of magic" in the series; after reading the chapter-length explanation of DEATHLY HALLOWS as the final stage of the alchemical Great Work in THE DEATHLY HALLOWS LECTURES, the serious reader will understand how important literary alchemy is in understanding Rowling's artistry and accomplishment. The other seven chapters explore, among other things, the five writing tricks Ms. Rowling uses to work her story magic, the deciphering of the "Triangular Eye" symbol for the three Hallows, Harry's "struggle to believe" in Albus Dumbledore, why Ms. Rowling revealed that she "always thought" of the Headmaster as gay, and the more than 25 echoes of her first book, PHILOSOPHER'S STONE, in DEATHLY HALLOWS. Did you wonder why Fred died in the end? Why Harry went underground seven times in Deathly Hallows? Granger explains how Ms. Rowling's story formula required these twists - - - as well as two trips to King's Cross and two meetings with Albus Dumbledore at story's end. John Granger, the Hogwarts Professor, has spoken about the meaning and magic of Harry Potter at major universities from coast to coast and as a Keynote Speaker at fan conventions in the United States and Canada. Enjoy these lectures to learn the ins and outs and fascinating depths of DEATHLY HALLOWS - - - information unavailable anywhere else!