The Death and Life of American Labor

- Toward a New Workers' Movement 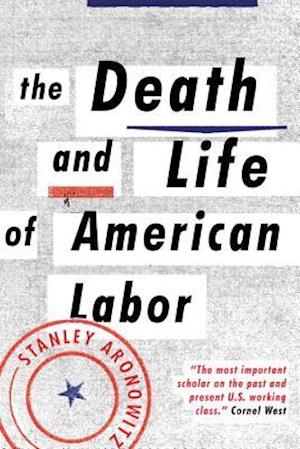 Union membership in the United States has fallen beneath 11%, the lowest rate since before the New Deal. In the last couple of years, the labor movement suffered crushing losses, such as in Wisconsin, when anti-union governor Scott Walker defeated a labor-backed recall election. Wisconsin-inspired laws barring collective bargaining have been proposed in Ohio, Michigan, Pennsylvania, and other states. Longtime scholar of the American union movement Stanley Aronowitz argues that the labor movement as we have known it for most of the last 100 years is effectively dead. In an expansive survey of new initiatives, strikes, organizations, and allies--including nascent attempts to organize domestic workers, fast-food employees, taxi drivers, and other low-wage workers, as well as labor-friendly movements like Occupy--Aronowitz analyzes the possibilities of labor's renewal, and sets out a program for a new, broad, radical workers' movement.

Forfattere
Bibliotekernes beskrivelse The decline of the American union movement--and how it can revive, by a leading analyst of labor