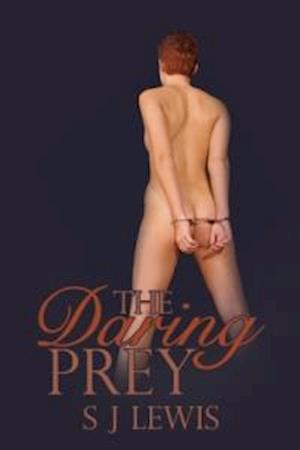 Last year, Alexa Marx made her first trip to the unique resort town of Gordburg, in order to participate in an equally unique competition between herself and three female athletes. She won that competition, and with it a side bet that she and her competitors had made. Now she's headed back to Gordburg. Her stated reason is to beat an old record she'd only heard about after she'd been captured. She has other reasons, though. Thanks to Will Longstreet, who had captured and trained her, she learned the pleasures of submission, and she's hoping to recapture the thrill of being hunted, captured, and made to submit at the hands of a strong and dominant male once again. Last year, she'd participated in the competition in the undeveloped area north of Gordburg. This year, she plans to make a splash in the more popular and populated territory to the south of that town, getting herself noticed and talked about in every one of the little hamlets strung out along the way. If all goes well, she is sure that after that there will be any number of male hunters eager to capture such a bold and daring female. She feels sure that she will be able to elude them long enough to break that record. Once she's done that, she can look forward to enjoying her captivity and training. In her travels, she discovers that there are kinky subcultures in Gordburg, including Girl Catchers and Pets, and an area not on any of the maps where pleasure and pain are inextricably linked. She discovers that one team of skilled hunters has made capturing her their special project, and also that one of her competitors from last year has returned to Gordburg specifically to foil her plans and punish her. In the face of all this, can Alexa achieve all of her goals? Includes: graphic sexuality, including straight, oral and anal sex, domination and submission, bondage and all the wild enticements of Gordburg!