The Danger of Romance 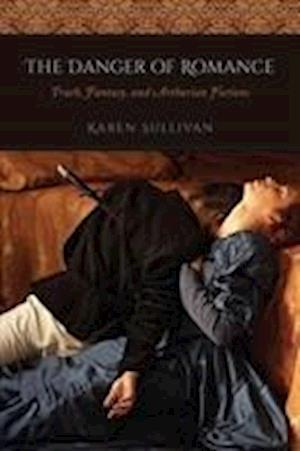 The curious paradox of romance is that, throughout its history, this genre has been dismissed as trivial and unintellectual, yet people have never ceased to flock to it with enthusiasm and even fervor. In contemporary contexts, we devour popular romance and fantasy novels like The Lord of the Rings, Harry Potter, and Game of Thrones, reference them in conversations, and create online communities to expound, passionately and intelligently, upon their characters and worlds. But romance is "unrealistic," critics say, doing readers a disservice by not accurately representing human experiences. It is considered by some to be a distraction from real literature, a distraction from real life, and little more. Yet is it possible that romance is expressing a truth--and a truth unrecognized by realist genres? The Arthurian literature of the Middle Ages, Karen Sullivan argues, consistently ventriloquizes in its pages the criticisms that were being made of romance at the time, and implicitly defends itself against those criticisms. The Danger of Romance shows that the conviction that ordinary reality is the only reality is itself an assumption, and one that can blind those who hold it to the extraordinary phenomena that exist around them. It demonstrates that that which is rare, ephemeral, and inexplicable is no less real than that which is commonplace, long-lasting, and easily accounted for. If romance continues to appeal to audiences today, whether in its Arthurian prototype or in its more recent incarnations, it is because it confirms the perception--or even the hope--of a beauty and truth in the world that realist genres deny.