The Daily Lives of Muslims 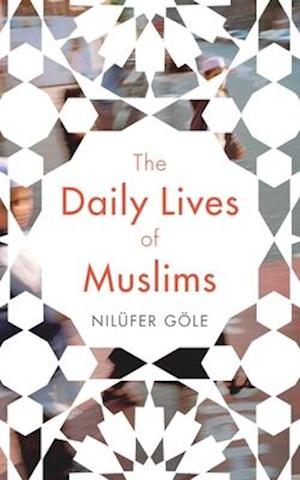 For many in the West, Islam has become a byword for terrorism. From 9/11 to the Paris attacks, our headlines are dominated by images of violence and extremism. Now, as the Western world struggles to cope with the refugee crisis, there is a growing obsession with the issue of Muslim integration. Those Muslims who fail to assimilate are branded the 'enemy within', with their communities said to provide a fertile breeding ground for jihadists. Such narratives, though, fail to take into account the actual lives of most Muslims living in the West, fixating instead on a minority of violent extremists.In The Daily Lives of Muslims, Nilufer Goele provides an urgently needed corrective to this distorted image of Islam. Engaging with Muslim communities in twenty-one cities across Europe where controversies over integration have arisen - from the banning of the veil in France to debates surrounding sharia law in the UK - the book brings the voices of this neglected majority into the debate. In doing so, Goele uncovers a sincere desire among many Muslims to participate in the public sphere, a desire which is too often stifled by Western insecurity and attempts to suppress the outward signs of religious difference.

Forfattere
Bibliotekernes beskrivelse A remarkable and rich exploration of what it means to be a Muslim in contemporary Europe. Bibliography; Index