The Curious Life of Robert Hooke

- The Man Who Measured London 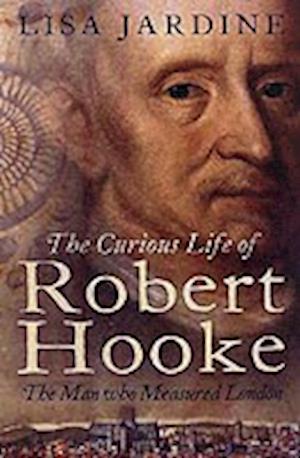 A biography of a brilliant, largely forgotten maverick - a major figure in the 17th-century cultural and scientific revolutions. The brilliant, largely forgotten maverick Robert Hooke was an engineer, surveyor, architect and inventor who was appointed London's Chief Surveyor after the Great Fire of 1666. Throughout the 1670s he worked tirelessly with his intimate friend Christopher Wren to rebuild London, personally designing many notable public and private buildings, including the monument to the fire. He was the first Curator of Experiments at the Royal Society, and author and illustrator of 'Micrographia', a lavishly illustrated volume of fascinating engravings of natural phenomena as seen under the new microscope. He designed an early balance-spring watch, was a virtuoso performer of public anatomical dissections of animals, and kept himself going with liberal doses of cannabis and poppy water (laudanum). Hooke's personal diaries - as cryptically confessional as anything Pepys wrote - record a life rich with melodrama. He came to London as a fatherless boy of thirteen to seek his fortune as a painter, rising by his wits to become an intellectual celebrity. He never married, but formed a long-running illicit liaison with his niece. A dandy, boaster, workaholic, insomniac and inveterate socialiser in London's most fashionable circles, Hooke's irascible temper and passionate idealism proved fatal for his relationships with men of influence, most notably with Sir Isaac Newton, who, after one violent row, wiped Hooke's name from the Royal Society records and destroyed his portrait. In this lively and absorbing biography, Lisa Jardine at last does Hooke and his achievements justice. Illuminating London's critical role in the emergence of modern science, she rediscovers and decodes a great original thinker of indefatigable curiosity and imagination, a major figure in the 17th-century intellectual and scientific revolution.