The Culture of Power and Governance of Pakistan 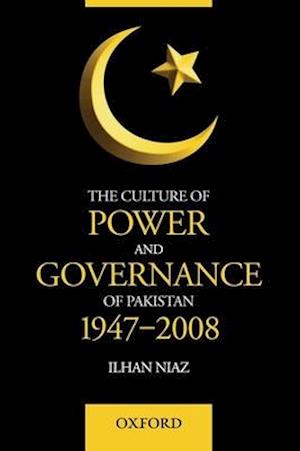 The Culture of Power and Governance of Pakistan attempts to explain Pakistan's crisis of governance in historical and philosophical terms. It argues that South Asia's indigenous orientation towards the exercise of power has reasserted itself and produced a regression in the behavior of the ruling elite. This has meant that in the sixty years of independence from British rule the behavior of the state apparatus and political class has become more arbitrary,proprietorial and delusional. The resulting deterioration in the intellectual and moral quality of the state apparatus is a mortal threat to Pakistan. Regrettably, much of the academic and public discussion about developing societies has been vitiated by the heedless repetition of fashionable jargon thatemphasizes national security, democracy and development. The Culture of Power and Governance of Pakistan draws upon the primary declassified record of Pakistan and a diverse array of theoretical inputs to try and balance the debate on the crisis of governance.

Forfattere
Bibliotekernes beskrivelse The Culture of Power and Governance of Pakistan is a provocative and hard hitting explanation of Pakistan's crisis of governance. The explanation combines theoretical insight with declassified historical sources to argue that the crisis of governance has deep roots in the historical experience and elite mentality of the subcontinent.