The Cultural Revolution of the Nineteenth Century

- Theatre, the Book-Trade and Reading in the Transatlantic World 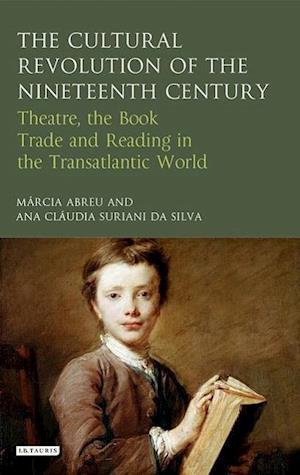 The beginnings of what we now call 'globalization' dates from the early sixteenth century, when Europeans, in particular the Iberian monarchies, began to connect 'the four parts of the world'. From the end of the eighteenth and throughout the nineteenth centuries, technical advancements, such as the growth of the European rail network and the increasing ease of international shipping, narrowed the physical and imagined distances between different parts of the globe. Books, printed matter and theatrical performances were a crucial part of this process and the so-called 'long nineteenth century' saw a remarkable increase in readership and technological improvements that significantly changed the production of printed matter and its relationship with culture. This book analyzes this sea-change in knowledge and sharing of ideas through the prism of the transatlantic diffusion of French, Brazilian, Portuguese and English print-cultures. In particular, it charts the circulation of printed matter, publishers, booksellers and actors between Europe and South America. Featuring a new original essay from Roger Chartier, The Cultural Revolution of the 19th Century is an essential new benchmark in global and transnational history.