The Cultural One or the Racial Many

- Religion, Culture and the Interethnic Experience 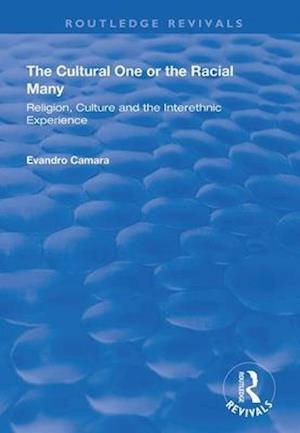 First published in 1997, this study aims, first, to enlarge upon the understanding of race and ethnicity through a culturalist-comparative frame of analysis, instead of the standard quantitative and political-economy approaches. Secondly, to analyse in systematic form the religious constitution of sociocultural life.Ethnic and race relations are examined in reference to the cultural system of the society, which is conceived in terms of three interrelated aspects of the assimilative process: cultural assimilation, concerning dominant-minority cultural relations; psychosocial assimilation, concerning the question of identity; and biological assimilation, concerning intermarriage. The U.S. and Brazilian cultural systems are contrasted as ideal types of "cultural separatism" and "cultural integration", respectively. Against current thinking, it is argued that the former type crystallizes interethnic conflict and inequality, while the latter is a prerequisite for the full social inclusion of society's members. Finally, the dominant religion and religious culture of each society are addressed as the critical structuring force of social and intergroup relations.